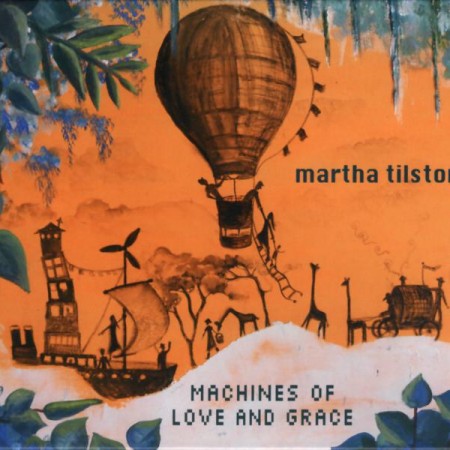 So clear is Martha Tilston’s voice, with its touch of fragility, that it’s easy to think she’s always off greeting clouds, an impression reinforced by the whimsical cover of this sixth album. More often, though, Tilston is dissecting a greedy modern world on songs such as Wall Street and More, while Shiny Gold Car sends up the music business (“Meet this lawyer friend of mine/He’s just in the bathroom doing another line”). Her vocal tropes ape Joni Mitchell’s too brazenly at times (and Butterflies is a paean to La Mitchell), but Tilston’s tough, personal approach and occasional dives into electronica make for an engaging, unusual album.

Martha Tilston’s voice is as lovely as ever on Machines of Love and Grace: a fine and evocative album. Praise, too, for her choice of supporting musicians whose virtuosity compliments her artistic vision.

Tilston eloquently explores the relationship between technology and the human condition.