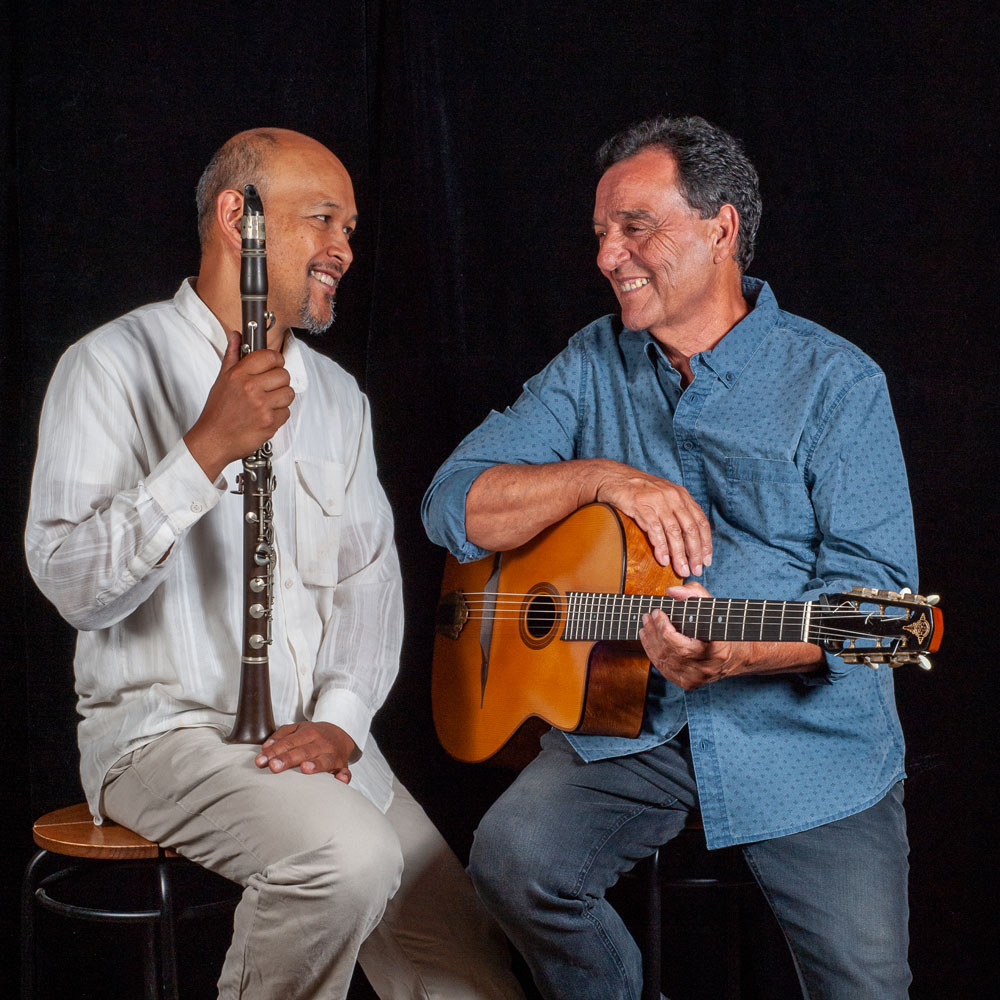 From either side of the Atlantic, two greats of the music world.

Evan Christopher and Fapy Lafertin have received accolades the world over. Not just through their musicianship, both are considered true ambassadors for their music, nurturing the musical traditions that have played an essential part of their respective cultures. Lafertin is an institution! Studied by many and widely thought of as the rightful heir to Django’s crown. Christopher, a powerhouse of sound, swing and invention.

The new CD materialised from a much acclaimed concert at the Festival Django Reinhardt south of Paris in 2018. It includes tunes from that performance such as J’attendrai, Wild Man Blues, In a sentimental Mood and After you’ve gone alongside compositions of Evan Christopher Old Sober March, and A Summit in Paris and Lafertin’s Cinzano and Plachterida.

Rhythm section is Dave Kelbie on guitar and Sebastien Girardot on bass, accompanists to many in the jazz and Gypsy jazz world, Django a la Creole, John Etheridge, Tcha Limberger, Mozes Rosenberg amongst others.